The Linux distribution I contribute to, Alpine Linux, has recently switched fully to using GitLab (self-hosted instance) and has started gradually phasing out support for sending patches via the Mailing List.

To help smooth the transition for Mailing List contributors and also make contributing to Alpine Linux in general more efficient, I decided to step up and help by making it easier to create, edit and merge Merge Requests.

Users of Alpine Linux can install it with apk add mkmr, one can also install mkmr-doc to get the manpages which are written in scdoc.

It can also be installed with pip install mkmr for other users, although manpages won’t be installed.

On first use, any of the binaries provided by mkmr it will ask you for your Personal Access Token. This is required for python-gitlab to authenticate to the GitLab instance and do actions as your user. 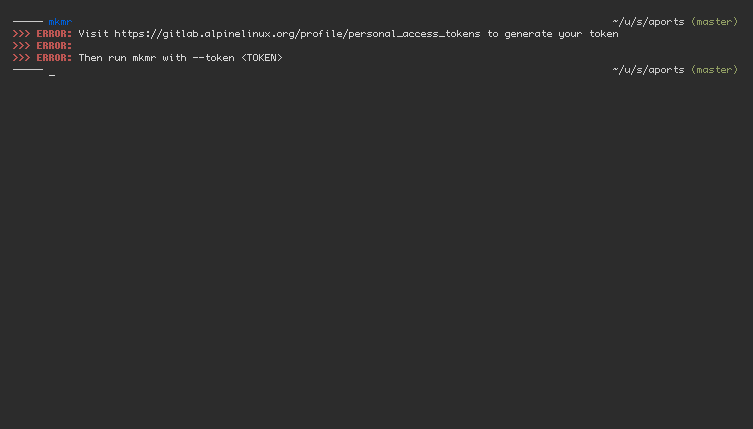 The values can be saved in configuration by using --save (save and continue operation of the requested tool) or --write (save and exit). The configuration is written to ${XDG_CONFIG_HOME:-$HOME/.config}/mkmr/config and resides in a section named after the directory the repository resides. 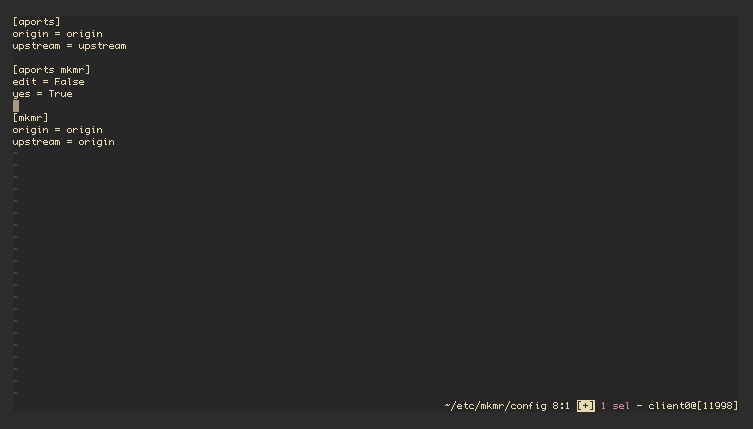 The configuration takes the form of INI files, the section refers to the repo, and stores configuration for the repository generally, such as --origin, --upstream and --remote.

mkmr is the first binary that was written and was the main reason behind starting the project itself, Mailing List users are used to using git-send-email to send an E-mail to a Mailing List, while GitLab expect users to create a fork of the repository you want to contribute to, then push a branch to it and create a merge request asking for the branch in your fork to be merged into the branch in upstream.

mkmr tries to bridge the gap by allowing the user to create the merge request from the commandline. This is done by automating pushing a new branch to the user’s fork and then creating the merge request via the GitLab API.

mkmr will prompt before making the merge request, letting you check if your values are as expected. This can be skipped by passing --yes (and made permanent by passing --save with it). 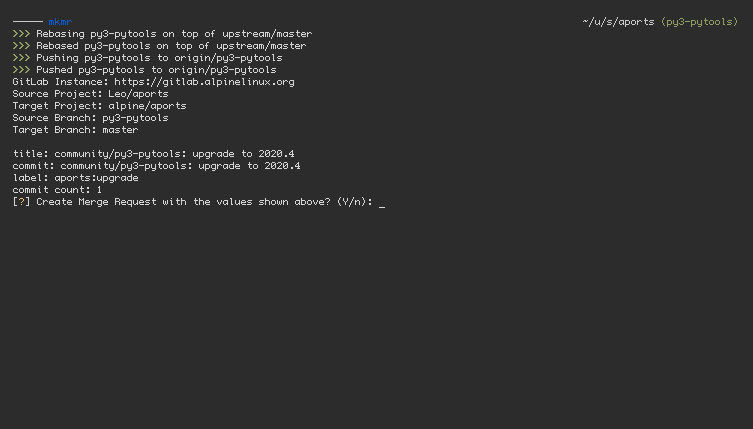 If one wants to pass a different title, description or labels when creating the merge request, one can pass --edit (can be made permanent with --save), which will open $EDITOR with instructions, inspired by git rebase -i. 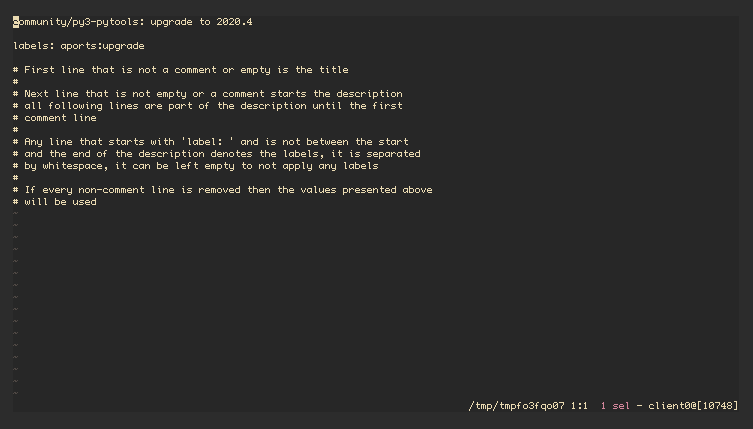 After checking everything and passing yes to the prompt, the merge request will be created 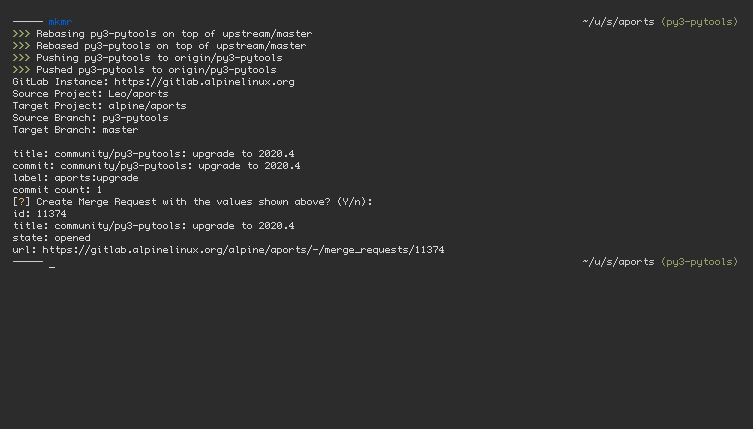 mgmr, the second most important of the mkmr tools, handles merging merge requests by rebasing them until they are matching upstream, then merging them. It works only on FF merges. 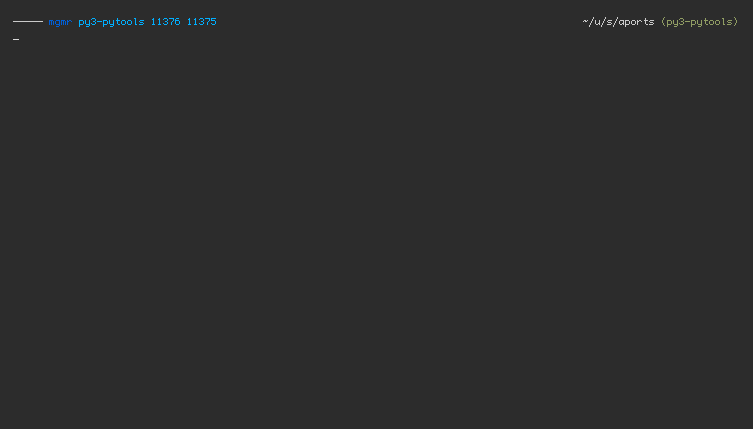 It can take lots of merge requests and try to merge them all sequentially, it does it by creating its own merge train, which attempts to rebase-and-merge each until it succeeds or it hits an an error it cannot recover from. It then prints out a summary to the user of what merge requests were merged and if not what was the error message.

It can take the iid of the merge request (the number on the URL one can refer with !N) or it can take the name of a branch which will be looked up on the cache and matched to an iid. 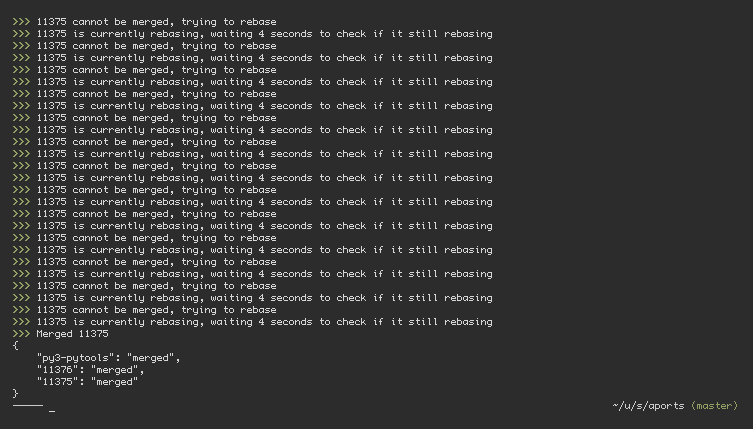 After merging, mgmr will delete all branches that were merged by usage of the cache.

This one allows users to edit attributes of a given merge request by opening them in $EDITOR.

Just like vimr it also edits attributes of merge requests but it only edits one at a time and does so from the commandline. By passing arguments to the commandline one can change the options listed with edmr -l.

the : before and after a value indicates that it should be prefixed or suffixed, doing edmr MRNUM :title="[3.12] " will prefix to the existing title of the merge request instead of replacing it.

Basically edmr is the non-interactive relative of vimr.